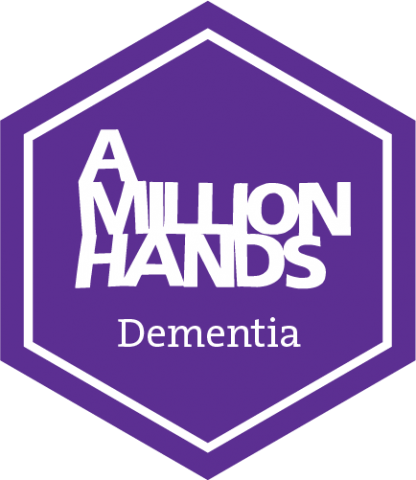 2nd Wideopen will be participating in our Community Impact Month throughout May!

This year, our focus is on Understanding DEMENTIA, aiming to make Wideopen a 'Dementia Friendly' Community through our efforts to spread awareness of this issue and help the community to support those living with Dementia.

All sections will be involved in this important project, and we have lots of exciting sessions and activities planned to help us fullfil our Promise to Change the World!

As we are all aware, Helping Others remains one of our fundamentals in Scouting so watch this space!

Following the success in helping to deliver the 2013 Race for Life in Northumberland, 10 of the the girls from the Cub, Scout and Explorer Scout sections will be running the Race for Life as part of their Chief Scouts Award and Duke of Edinburgh's Award Fitness Challenge.

They have recruited girls from across the other sections in the Scout Group, as well as a number of the female leaders, to join them on the 22nd May 2014 - to raise money to fight breast and other cancers.  They have been in training over the winter and spring months and will be abley supported by the male Explorers who have offered to help out with the delivery of the event and join them on some of the fitness runs.

This year's Remembrance Service is being held on Sunday the 10th November at St John's Church.

Meet at 10:30am in smart uniform with a poppy for the service - after the service there will be a cake sale in aid of Help for Heroes, all donations of cakes will be gratefully accepted.

Beaver / Group Halloween Party at st John's starting at 6:45pm - 8:45pm followed by a Beaver Sleepover at the Church.

Calendar Feed '' was updated on

...about Benton Scouts by selecting one of our groups (above) or the Scouts, Cubs, Explorer or Beavers logo (below)